Over the last 18 months, I have taken on the role of a cuck slave for Mistress Lorraine. Its been an incredible journey, one that i still cant believe has happened or just how hot and kinky its been. With the permission of Mistress, she has agreed that I can post journal updates of my journey and this is the first one.

Let me start by saying I’ve been serving Dominant ladies since the year 2002, so I’m approaching my 20 year anniversary and at the time of my first session with Mistress Lorraine, i had 18 years experience.

There wasn’t a particular reason I took a break from serving, it just wasnt feeling the same for me. I have been lucky enough to serve 5-6 of the finest Dommes in and around Essex for the last 18 years. Not at the same time of course, each relationship would last 3-4 years and then i would move on.

Moving on, not in a bad way, and in fact i still speak to some of the dommes and have even gone back to help them with filming, the relationships always ended on a good note.

However the reason they ended was i wanted to move on and try something new, and that is what i did over the period.  This said, towards the end of the last relationship, there was a change in my attitude and approach towards kink – I wasn’t getting the same feeling any more, hence the break.

After a year, I wanted to test the water again and idea was, I would have a session with a couple of mistress, see how I felt, but not make any commitments to anyone, play the field so to speak and see how it goes.

Mistress Lorraine was one of the ladies I was very keen to test the water with, a true superior ebony goddess. I had followed her on twitter for some time, but not had much interaction. I loved how powerful she looked, tall, beautiful with long toned legs and from her twitter page, she catered for a number of kinks I liked.

The first meet happened quicker than I had planned, I woke up hungover and weak on a Sunday morning, saw this picture of Mistress on her twitter feed

and before i knew it, I had made contact!

Oddly enough, Mistress had availability for that afternoon, sent me on a booking link and there it was, I was booked in!

In the booking form, I referenced a few of my main kinks, some of the other kinks I liked but mentioned i’m open for new things too.

When I arrived, straight away, I was in awe of Mistress Lorraine, in her heels, she was taller than me, she looked insanely hot and I could tell from the first few minutes, she had read and understood the booking request.

I was amazed at just how much prep and warm up work Mistress was prepared to put in – She really stretched me, a lot, and then I was ready for her cock and of course, her administration of poppers helped too.

And there we was, an ok size strap on deep inside me, legs chained from the bars and Mistress edging me and edging me!

I had never had an arse fucking like it, i had around 3-4 leg shaking, arsegasms, its the only way I can describe it – my legs and whole body shook, never had I experienced this before.

Mistress then granted me permission to release, which I did, all over my belly, this is when Mistress informed me of her golden rule, a sub needs to eat his mess up, so she proceeding to spoon my puddle of mess into my mouth until all gone.

It was a mind blowing day, from a hungover DM to the best arse fucking i’ve ever had – incredible!

I always worry about first sessions, you are both new to each other, sometimes they can be awkward, which is no ones fault, its just the way it is. However, this was such a strong first session for me, Mistress clearly took the time to read my booking form and there was a decent connection between us.

However, I was still of the view, i’m not juming back into serving a mistress just yet, this was a one off taster session….. How wrong one was. 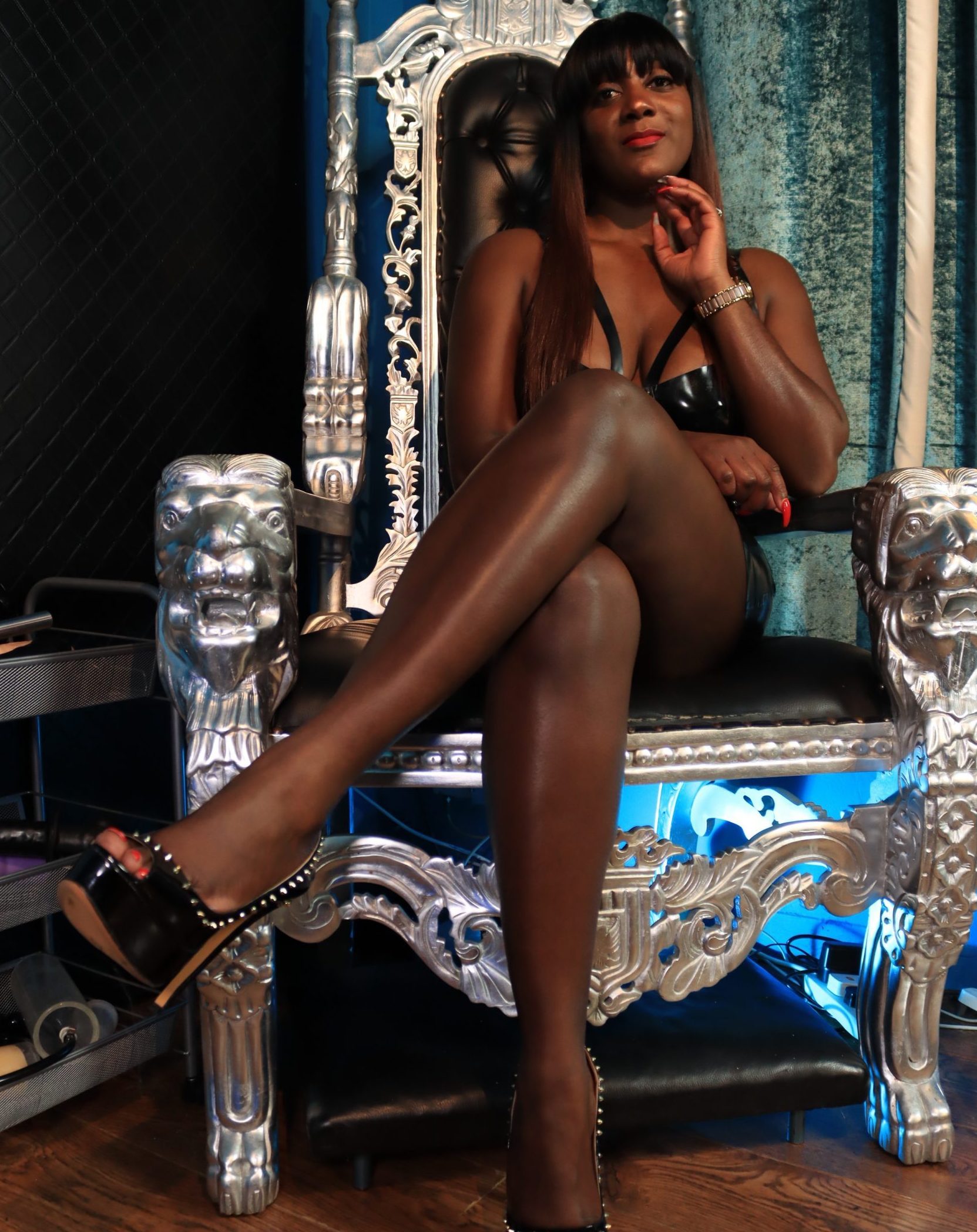